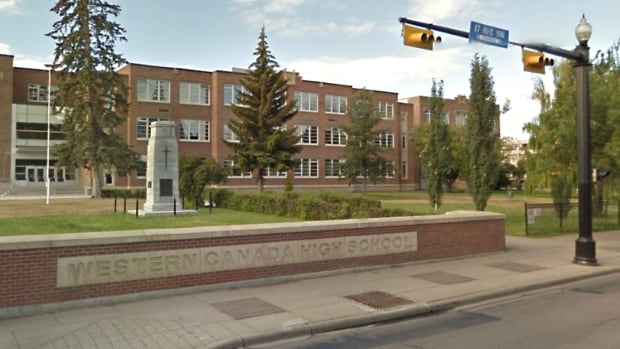 The Fraser Institute has released its annual report card on Alberta’s high schools, but some question the way it puts together its rankings.

The Vancouver-based think tank looked at 274 schools throughout the province, and ranked them based on indicators including transitions between grades, graduation rates and how students perform on province-wide diploma exams.

“We look to see whether there’s a difference between the school mark and the exam mark as an indication, a possible, at least, indication of great inflation by the teachers at the school,” said Peter Cowley, the director of school performance studies at the Fraser Institute.

In the report, many schools in the Calgary Catholic School District and the Calgary Board of Education showed higher school marks than final exam marks.

David Eggen, the Alberta education minister, said using final exams as a main source of analysis might not be fair.

“You have the achievement marks for what a student is doing throughout the whole year and then you have a mark that what they did in two or three hour time or place,” he said.

“I mean, you wrote exams, I did too, you know there’s a lot of anxiety and so forth. So yeah, I mean I’m always looking for ways by which we can line up diploma marks and classroom marks, but I mean, it is natural they wouldn’t be exactly in synchronization.”

Greg Jeffery, the president of the Alberta Teacher’s Association, says he also takes the rankings with a grain of salt.

“There are certain students that just don’t perform well on this type of assessment and there is so much in the curriculum that can’t possibly all be included in one three-hour exam,” he said.

Four schools tied for first place in the report.

Three were private institutions that demand a significant tuition: Webber Academy and Rundle College in Calgary and Edmonton’s Tempo School. Old Scona Academic High School in Edmonton — a public school with an alternative curriculum, which chooses a limited number of students each year — also shared the honour.

The full report can be found online.

← Multitasking Harms Recall—Music, Not So Much
Why Canada’s digital economy rests in the hands of our girls →