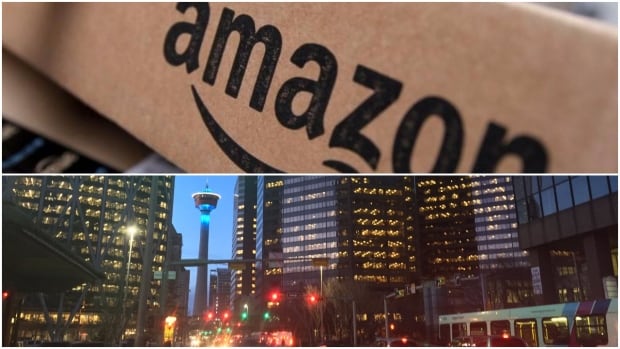 Dubbed “HQ2” by Amazon founder and CEO Jeff Bezos, the new facility would act as a second base of operations for the e-commerce company. Amazon has put out a call for North American cities to bid on the project, a call Calgary Mayor Naheed Nenshi says the city is ready to answer.

“I cannot imagine a better place than Calgary for this kind of investment, and I will be making that case strongly,” Nenshi said, adding the city’s highly-educated workforce and availability of affordable commerical real estate make Calgary a desirable candidate. 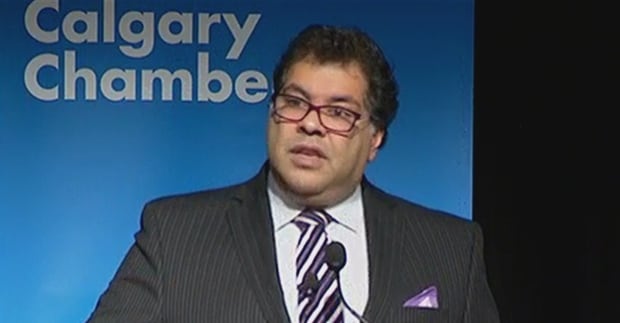 But Nenshi did say that the city is “very familiar” with “this particular pitch.”

Amazon says it will invest $5 billion US to develop the 8,000,000-square-foot headquarters.

Amazon’s current home is in Seattle. Since opening its new headquarters there in 2016, Amazon says the company has added $38 billion US to the city’s economy.
Contender criteria

Amazon released a list of criteria a city needs meet before being considered for HQ2.

The company is looking for:

a metropolitan area with more than one million people.
urban or suburban locations with “the potential to attract and retain strong technical talent.”
communities that “think big and creatively” with respect to real estate.

Because of office building vacancies downtown, Nenshi says Calgary meets all of the above criteria and offers Amazon both a suburban and urban option for the new hub.
amazon-stock-pic

“It would be very difficult to imagine any other city in North America able to compete the way we could.”

Nenshi has made the case for Calgary as a home for U.S.-based businesses before.

Earlier this year, trade missions to Silicon Valley by Calgary Economic Development were successful in luring at least one California-based company to Calgary.

The announcement was made in April but Nenshi was unable to provide details on the company but said it’s a big enough name that there would be a ribbon-cutting when it opens.

The mayors of Vancouver, Toronto and Halifax have all made their desire for HQ2 to land in their city known. But Nenshi said daily direct flights between Calgary and Amazon’s homebase in Seattle puts Calgary above other HQ2 contenders.

“I expect a lot of people will be using that flight over the next several weeks,” Nenshi said.
‘It’s really up to the city to sell the city’

On the Calgary Eyeopener on Friday, Calgary Economic Development’s CEO Mary Moran expanded on the notion that Calgary is well-positioned to be highly competitive in the Amazon bid.

“We have a great labour pool,” Moran said.

“We have an increasing and growing graduation base coming out of computer science. We have the highest STEM concentration of grads in the country, not to mention we have economical office space, a great quality of life, we have great transit, we have a great airport, we’re an hour away [from Amazon headquarters in Seattle] — and our cost of living is so much less than it is in Seattle.”
Amazon

While other regions have lured Amazon through incentive deals, Moran said that tax incentives aren’t a municipal issue, they’re a provincial and federal responsibility.

“They have to play neutral ground, but we have to do our job — and our job is competing against Canadian cities, too.

“Some of the evaluations are identifying Montreal, Toronto and Calgary as the top three Canadian cities that are likely to win this, and part of that is just talent availability.

“What we as a city have to do,” she said, ” is work with the province and the federal government and say, we really want this, we need it — and our job is to do the rock-solid pitch. Be creative. Be breakthrough.”