Just by the numbers, Alberta Budget 2015 suggests Education budget is going up for 2% (145 millions). The reality is that instruction funding for ECS to Gr. 12, for example, is in sharp decline. Let’s take a look. 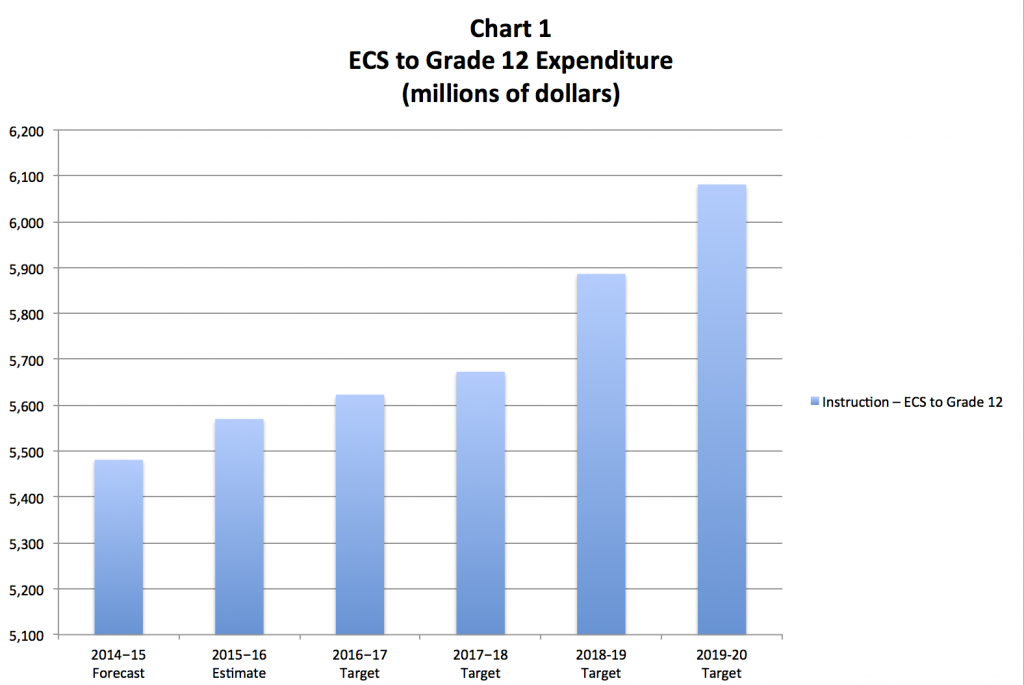 Chart 1 above indicates ECS to Grade 12 expenditure projection stated on P.16 of Alberta Budget 2015. On paper with the nominal values, it looks like an upward trend over time. Between 2014-15 and 2017-18, funding is projected to increase by 3.5%. This is misleading. In the next chart, we use the same figures but coverting the nominal dollar values into to inflation adjusted REAL values. Inflation rate of 2.2% is selected. Result is presented in Chat 2 below. 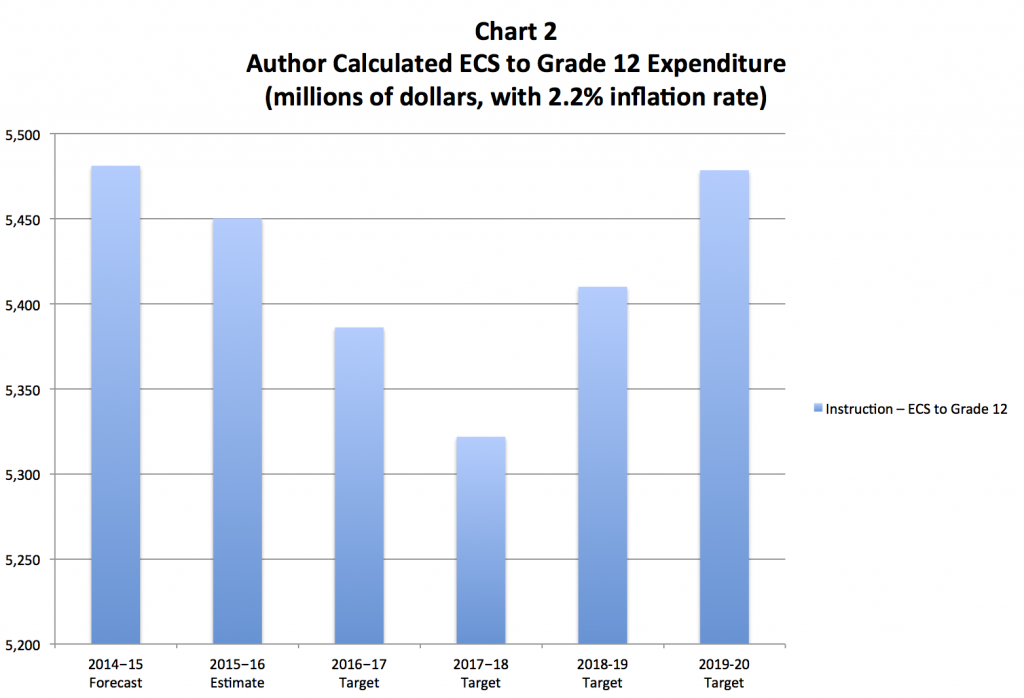 Sadly, this is still not depicting the reality. Student population has been increasing at roughly 2% a year for the last 5 years. The idea is simple. As student population grows stronger than the growth in total expenditure, the amount of funding received by each student actually drops. See Chart 3. 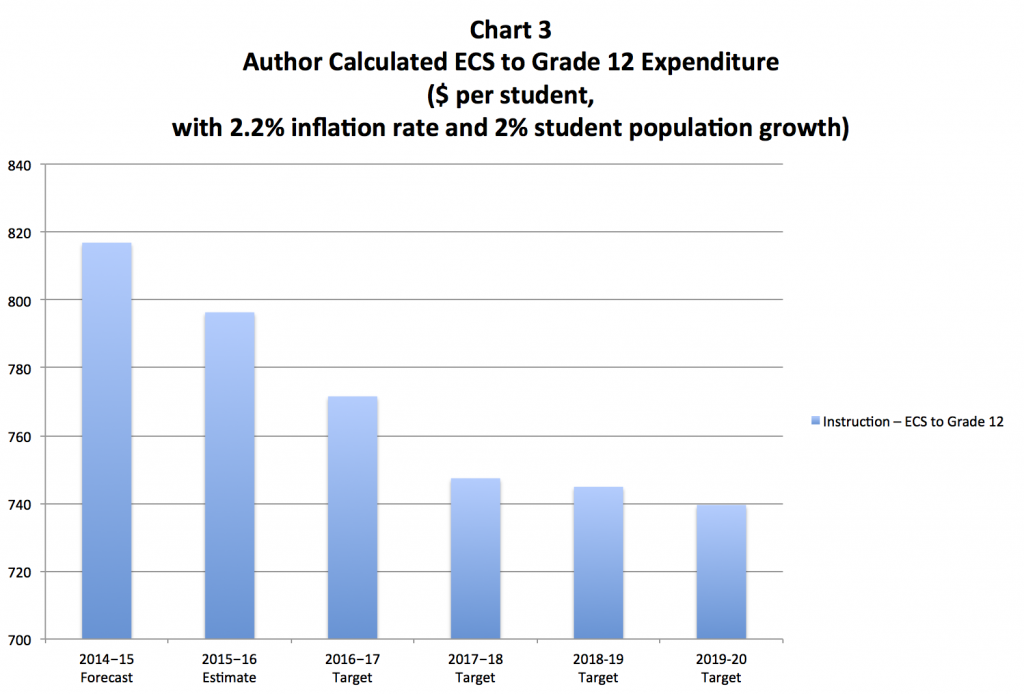 Within the same period (i.e. 2014-15 and 2017-18) funding is to be reduced by 8.6% per student in real dollars. The trouble is that it doesn’t stop there. It keeps trending downwards in subsequent years, mainly due to increase in student population.

Do you still believe education budget is increasing?