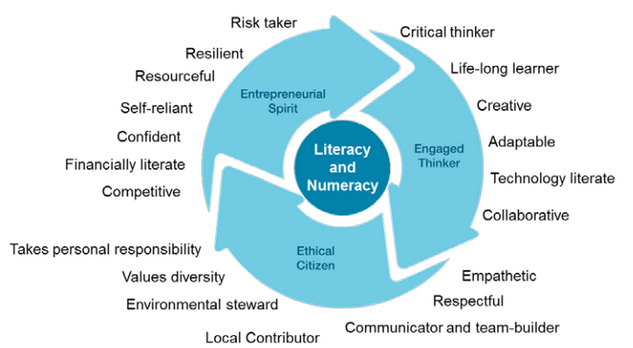 An update to the Alberta K-4 curriculum was posted online Wednesday. It’s still in draft form and the public still has time to weigh in. Jennifer and Shaye speak to Education Minister David Eggen.

Alberta is set to try out its new curriculum for young students and Education Minister David Eggen says it will mesh fundamental skills with broader social development.

“We want to make sure that this new curriculum is actually focusing more laser-like on basic but fundamental foundational skills,” Eggen said Wednesday.

“But it also means adding extra emphasis around mental-health issues, around confidence, around being able to express yourself … around safety and personal space (and) around consent.”

Albertans with questions about the curriculum can phone in to two town halls next week. After that, Eggen will formally approve the changes and they will be tested in select classrooms in 2019 with an eye to implementing them provincewide in 2020.

It is the first phase of a broader curriculum review and rewrite encompassing all grades.

The new K-4 curriculum, put online by the province, mixes the fundamental with the broader in all subjects.

In English, for example, the focus remains on reading and writing, but also on speaking and listening.

In math, there will be an emphasis on rote work, such as multiplication tables, along with their wider applications, such as rudimentary money basics.

There will be computational thinking concepts to help students become better problem-solvers.

The science curriculum will not only include specific topics but also the method of scientific inquiry to help students better analyze and investigate a field.

Social studies topics such as history, geography, and political science will be explicitly part of the curriculum at every level.

The issue of consent will be discussed in Grades 2, 3 and 4.

“All of us in 2018 have a responsibility to make sure we build that foundational knowledge of respect of each other, and respect in terms of personal space and touching,” said Eggen.

“You have to teach that at an early age.”

Puberty will start to be discussed in Grade 4, as is done currently.

There are no references to LGBTQ issues at the lower grade levels, but students will discuss respect and understanding.

Indigenous culture will be woven through subjects – from learning about Aboriginal art forms to studying First Nations viewpoints on historical events in social studies class.

Francophone perspectives will also be incorporated.

Greg Jeffery, head of the Alberta Teachers’ Association, said more than 300 of the union’s members have worked on the changes, and teachers will be able to handle the workload as long as it’s rolled out effectively.

Jeffery said teachers need to have new resources available across the board given the subjects are more integrated.

“I experienced that once in my career, when I taught Grade 9 mathematics until November before I had any resources. I was creating things every day, and teachers should not be asked to do that,” said Jeffery.

The curriculum change is a politically contentious issue.

With an election coming in the spring, Opposition United Conservative Leader Jason Kenney said he will put the revamp in the “shredder” if it strays too far from learning fundamentals.

The party said in a statement that it is still reviewing the new K-4 curriculum and is concerned about how it was put together.

“The public has a right to know which external stakeholders are helping to write this curriculum.”

PAT Grade 6 Failing Rate Alarming One specific trend is particularly alarming. Parent and Educator should pay close attention. Math Grade 6 PAT failure rate* (scored less than 50%) has been increasing. This may due to a change in curriculum, exposing the lack of numeracy training in earlier grades. Source: Alberta Education *Sample does not… END_OF_DOCUMENT_TOKEN_TO_BE_REPLACED

Ramping up efforts to improve declining math scores — including 25 new math coaches in 42 schools — public schools will continue to push a new math strategy that builds on better support for teachers, students and going back to basics. Trustees with the Calgary Board of Education received a detailed update Tuesday on the… END_OF_DOCUMENT_TOKEN_TO_BE_REPLACED