The province just said in the Dec 2nd 2014 that we can expect 55 new schools by 2018. So Calgary Board of Education was saying “Hooray” for the 8 new schools and 2 modernization projects.  Just less than 2 month later, now we are on a “case-by-case” basis.  Well, the province did give us 19 modular classrooms to cover some fire (CBE asked for 28).  And are we suppose to rely on these modular classrooms?  They are meant to be temporary and not as sustainable.  Yes, it costs less to build a modular classroom.  However it costs more to use because of its functional considerations and it usually last about 15 years only.  Then we have to ask the province to build new permanent schools plus maintaining these classrooms?  Are we helping Alberta’s finance or just creating a bigger snowball? 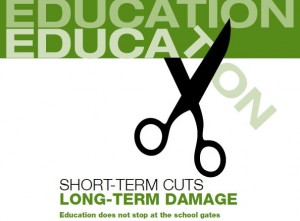 ← Traditional Learning vs Inspiring Education
Are you up for the challenge? →