Learning Math is not just for passing exams and going to the next grade. It is fundamental knowledge that all of us need to possess to understand this world we are living in.

These equations changed the world. Yet, for many of us, math is as remote as the ancient Greeks and as dry as chalk dust. Ian Stewart, an emeritus professor of mathematics at Warwick University in Coventry, UK, is trying to change that. His latest book, In Pursuit of the Unknown: 17 Equations That Changed the World, takes important equations out of the ivory tower and explains how they have shaped the entire modern world, from technology and transportation to education and the economy.

Just how influential were these equations? Well, according to Stewart, life as we know wouldn’t exist without them. “It could well be like it was in ancient Babylonian times,” he explained to The Current guest host Jim Brown in a recent interview. “We’d have food, we’d have housing, but almost everything we think of as the modern world would be something we simply wouldn’t have.”

According to Stewart, readers reluctant to dive into the world of fractions, decimals and constants needn’t feel intimidated by his book. He admits some equations are difficult for even the most expert mathematicians to understand. All he asks is that readers have a curiosity when it comes to problem solving. “I’m not asking you to solve them, I’m not asking you to pass a test,” he said. “I want you to understand what the world was like before this equation came along, what it did for them in the past when it was discovered and what it’s still doing for us.”

Stewart says that equations arise out of a delicate balance of discovery and invention. What the equation explains is out there in the world, it cannot be changed. However, mathematicians can decide how to express this knowledge through a series of numbers and constants and manipulations. Then, they get to understand the answer and apply it to other questions. “We get to ask the questions that we think are interesting. But once you’ve asked a question in mathematics, you don’t get to choose the answer,” he said. “If the answer is five and you think it ought to be six, well tough. It’s five.”

What makes an equation stand out? According to Stewart, the best equations are “short, snappy, elegant, clever.” They should also provide “really useful information” and the answer should be “a little bit of a surprise.”

An example of world-changing equation is the equation that explains wave movement. “[Waves] are all over the place,” Stewart pointed out. “And we actually use them for a lot of things we might not even think about.” We can hear because of sound waves. We can see because of light waves. We can listen to the radio because of electromagnetic waves. Waves help us understand natural earthquakes, make medical advances and look for oil. In fact, oil companies have looked at the waves that earthquakes make to improve how they search for oil,and they have, in part, the wave equation to thank.

The wave equation is only one of 16 explained in Stewart’s book. But it’s only one of hundreds, if not thousands, that impact our daily lives. From banking to watching television, from driving to work to getting fit at the gym, equations are everywhere. In fact, they are workhorses of the modern world. We just didn’t know it. 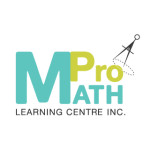 ← Is your little one a Pathological Video Game Addict?
Is teaching high school math pointless? →