The US national priority in education can be summed up in a four-letter acronym: STEM. And that’s understandable. A country’s proficiency in science, technology, engineering and mathematics is vital in generating economic growth, advancing scientific innovation and creating good jobs.

The STEM campaign has been underway for years, championed by policymakers across the ideological spectrum, embraced in schools everywhere and by organizations ranging from the YWCA to the Boy Scouts. By now, the term — first popularized and promoted by the National Science Foundation — is used as a descriptive identifier. “She’s a STEM,” usually meant as a compliment, suggests someone who has a leg up in the college admissions sweepstakes.

Much of the public enthusiasm for STEM education rests on the assumption that these fields are rich in job opportunity. Some are, some aren’t. STEM is an expansive category, spanning many disciplines and occupations, from software engineers and data scientists to geologists, astronomers and physicists. 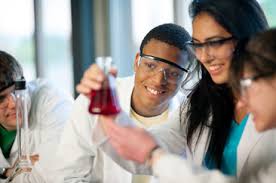 What recent studies have made increasingly apparent is that the greatest number of high-paying STEM jobs are in the “T” (specifically, computing).

Earlier this year, Glassdoor, a jobs listing website, ranked the median base salary of workers in their first five years of employment by undergraduate major. Computer science topped the list ($70,000), followed by electrical engineering ($68,438). Biochemistry ($46,406) and biotechnology ($48,442) were among the lowest paying majors in the study, which also confirmed that women are generally underrepresented in STEM majors.

“There is a huge divide between the computing technology roles and the traditional sciences,” said Andrew Chamberlain, Glassdoor’s chief economist.

At LinkedIn, researchers identified the skills most in demand. The top 10 last year were all computer skills, including expertise in cloud computing, data mining and statistical analysis, and writing smartphone applications.

In a recent analysis, Edward Lazowska, a professor of computer science at the University of Washington, focused on the Bureau of Labor Statistics employment forecasts in STEM categories. In the decade ending in 2024, 73 percent of STEM job growth will be in computer occupations, but only 3 percent will be in the physical sciences and 3 percent in the life sciences.

A working grasp of the principles of science and math should be essential knowledge for all Americans, said Michael S. Teitelbaum, an expert on science education and policy. But he believes that STEM advocates, often executives and lobbyists for technology companies, do a disservice when they raise the alarm that America is facing a worrying shortfall of STEM workers, based on shortages in a relative handful of fast-growing fields like data analytics, artificial intelligence, cloud computing and computer security.

“When it gets generalized to all of STEM, it’s misleading,” said Mr. Teitelbaum, a senior research associate in the Labor and Worklife Program at Harvard Law School. “We’re misleading a lot of young people.”

Unemployment rates for STEM majors may be low, but not all of those with undergraduate degrees end up in their field of study — only 13 percent in life sciences and 17 percent in physical sciences, according to a 2013 National Science Foundation survey. Computer science is the only STEM field where more than half of graduates are employed in their field.

If physicists and biologists want to enjoy the boom times in the digital economy, a few specialist start-ups will train them and find them jobs as data scientists and artificial intelligence programmers. 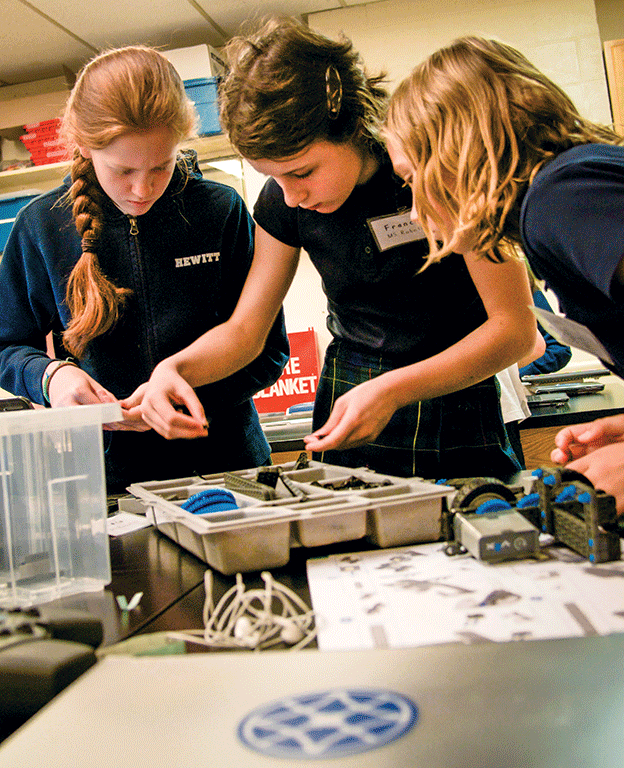 Insight Data Science Fellows Program, which has offices in New York, Boston, Seattle and Palo Alto, Calif., began its first training program five years ago and now has 900 alumni working at companies like Facebook, LinkedIn, Airbnb, Amazon and Microsoft. Jake Klamka, a physicist who founded the program, kept hearing from Silicon Valley executives that they had considered hiring traditional scientists, but converting them to technologists seemed time-consuming and risky. So Mr. Klamka decided he would start a company to provide scientists a smoother pathway into the tech industry.

Carlos Faham made that passage. He had an impressive academic career, with a string of grant awards and fellowships. His Ph.D. from Brown University was in dark-matter physics. After Brown, he was a postdoctoral fellow at the Lawrence Berkeley National Laboratory.

Dr. Faham loved the research, but after nearly two years he was feeling the strain of that life. By then, he had spent 12 years in college, graduate school and postgraduate research. His next step would be to compete for a handful of tenure-track teaching openings across the country. For the pricey Bay Area, he wasn’t making enough. A postdoc researcher typically makes $40,000 to $60,000 a year.

Dr. Faham had done serious programming for his physics research. He applied to tech companies, figuring they would be eager to hire someone with his intellectual firepower. He couldn’t get an in-person interview. He was told his background was too academic. He fumbled a couple of phone screening interviews because the statistical and machine-learning problems were unfamiliar to him.

“It was like hitting a wall running at full speed, really humbling,” he recalled.

Dr. Faham joined the seven-week Insight Data Science Fellows program in 2015. There was no formal course work. Other than a few tutorials by industry people, the time was spent creating a product — his was software for recognizing and tracking faces in video — and training for interviews. That involved solving a programming problem on a white board and explaining his thinking. “Interviewing is a muscle and you have to exercise it again and again,” he said. After the program, he received six job offers. He accepted the offer from LinkedIn. (Insight is free for participants; hiring companies pay an undisclosed fee.)

The range of data-intensive detective work, he said, is “extremely rich” and “it moves so much faster than my previous world.” He makes a “pretty good six-figure salary,” about five times what he did as a postdoctoral researcher.

About 90 percent of those who enter the Insight program have landed jobs as data analysts, the company says, with a dropout rate of about 3 percent.

Anasuya Das made a similar career move, but not one as far from her academic training. After the program, Dr. Das, whose Ph.D. is in neuroscience, joined the Memorial Sloan Kettering Cancer Center in New York, where she is now a senior data scientist. She works on a team that creates software tools for the center’s doctors, nurses and researchers. One current project is a program to recommend the most promising clinical trials for individual cancer patients, based on their medical histories, age, gender and genetics.

Data science is distinctly different from neuroscience, Dr. Das said, but some of the tools she employs, like a machine-learning technique called artificial neural networks, do take their inspiration from the brain. Her experience points to the larger trend that digital technologies like data science and artificial intelligence are increasingly being used in nearly every discipline. So technology and the other STEM fields merge.

That is the thinking behind a new division of data sciences at the University of California, Berkeley, that started in July. The division is a response to student demand and advancing technology. Berkeley’s “Foundations of Data Science” course attracted 1,200 students from more than 50 majors in the last academic year.

The choice of the term “division” rather than “institute,” explained David Culler, the interim dean for data sciences, underlines its approach. “We want this to be something foundational across the university, innovating with other disciplines, not differentiating from them,” he said. “This is the academic world mirroring what is happening in the larger economy.”